We designed a system that can automatically do aerial shooting of settlements in Minecarft worlds, such as those generated by generators submitted to the Generative Design in Minecraft Competition (GDMC). Using a decision tree method, this system learns the movement behavior of a player or a GDMC judge during their assessment of a settlement of interest. This supplementary page contains relevant information that cannot be placed in a two-page demo paper under submission.

You can see our source-code on GitHub here where experiment data are also included.

Overview of the proposed cinematographer AI (with animation)

We divided training data of each of the three players in our experiment into three groups according to the distance range (see Table I below), and performed two-fold cross-validation using the training data for each group to find an appropriate set of hyper-parameters (a subset of features, a decision-tree criterion gini or entropy, the max depth) to build a decision tree model.

For example, the cross-validation results in the figure below are for Player 1 at the medium distance range (1/3 <= d < 2/3): 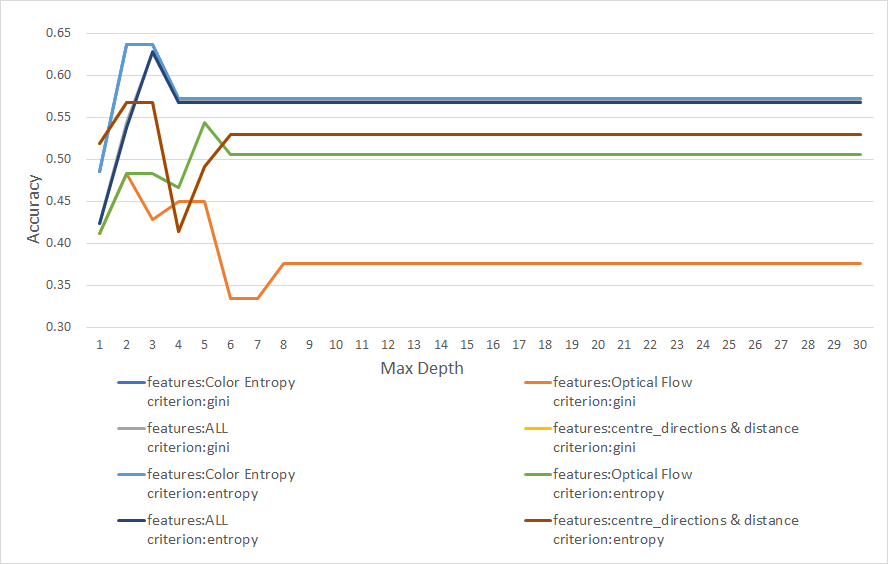